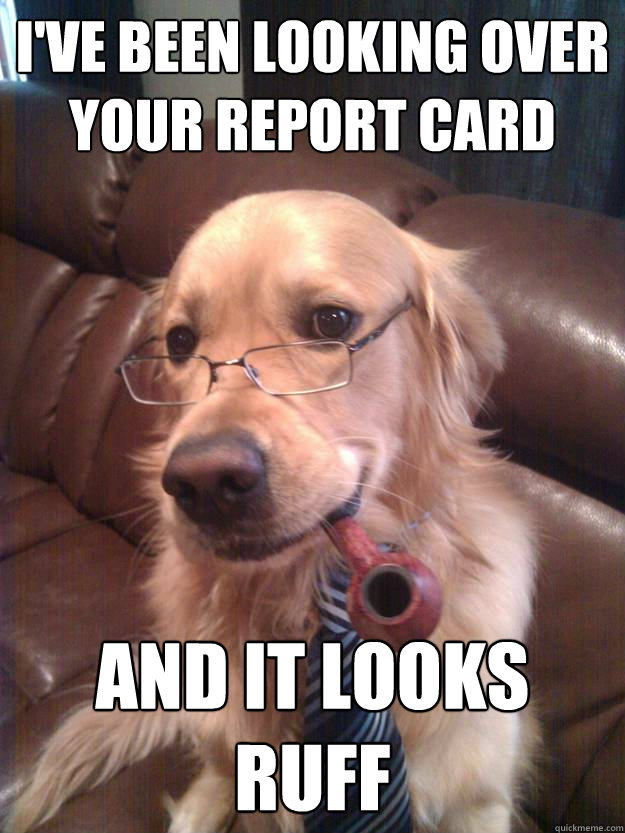 As June quickly draws to an end, there is something that a lot of the little kids out there may be celebrating or dreading. No, it’s definitely not dinosaurs nor is it Donald Trump announcing his candidacy for US President. Nope, if there’s something that discount brokerages and students can commiserate about at this time of year it is getting report cards.

In this week’s roundup we take a look at some the interesting moves being made by two online brokerages in separate social media spaces. Following that we take a look at a recent report card on mobile trading platforms that was less than flattering for almost all Canadian discount brokerages. Of course, with all the fun that summer entails, we close out the roundup with a quick spin through the upcoming investor education events, discount brokerage tweets of the week (there are some interesting ones in there) and of course the forum chatter. Oh and a cute animal video just for kicks at the end.

Over the past several weeks, we’ve been tracking some of the interesting developments of brokerages on social media. This past week, social media was again on the radar with two discount brokerages making some important moves on LinkedIn and YouTube respectively.

Earlier in the week, Scotia iTrade announced on LinkedIn that they are winding down their company page on July 6, 2015 and instead publishing company updates and content on their showcase page.

For most self-directed investors, there will likely be no noticeable difference between the two however, for Scotia iTrade, the switch may be a lot more noticeable.

With three weeks to go before they switch over, the difference in follower count between the two different pages is almost ten-fold. Scotia iTrade’s soon to be shuttered company page has amassed 1767 followers (at the time of writing) whereas their new showcase page has 143. As a financial services provider, building a community of followers online, especially on social media, is no easy feat.

There are several active competitors on LinkedIn which each have similar content strategies. BMO Wealth Management, Credential, National Bank Direct Brokerage, Qtrade Financial and Questrade are also actively producing and sharing investor focused content. As in the ‘real world’ the social media space is a lot more crowded than it was just a few years ago.

I Screen, You Screen

The other online brokerage ramping up production of investor-focused content is Qtrade Investor. Just this week they officially launched a YouTube account and published their first video – an investor education piece on ‘how to diversify your portfolio beyond Canada.’

While Qtrade Investor is not the only discount brokerage to have a YouTube channel (see table below), their choice to focus on investor education out of the gate is an interesting one. Typically, other online brokerages have been using YouTube to share information about their services, post commercials and a few have actually provided education-only videos.

As with other social media sites, the table below shows that Questrade is out in front by a wide margin on YouTube. They have been on the medium longer, have a larger subscriber base and have more views that the other brokerages combined. That said, they have also produced and released more videos than their peers.

One of the most interesting observations for the data shown in the table is that for the amount of time and resources spent, there aren’t a lot of folks eagerly waiting and watching to see what a brokerage puts out next. And that’s basically the challenge confronting most brokerages when it comes to building content. Most discount brokerages, and financial services providers, are much better at focusing on providing brokerage services than they are at consistently producing content that investors are drawn to.

While Qtrade Investor is likely not the last to step into the social media pool, especially on YouTube, the challenge in front of them will to be to keep things fresh, frequent and most importantly, interesting.

A Platform for Change

This past week BMO InvestorLine’s mobile (i.e. tablet and smartphone) platforms were recognized by financial service rating firm Surviscor as being ‘the best’ amongst the Canadian discount brokerages.

As this was the first year this analysis was performed, it was interesting to note just how far apart first place was from everybody else.

BMO InvestorLine scored a 91% on the ranking whereas 2nd place Scotia iTrade was given a 57%. The company that fared the worst in this ranking was National Bank Direct Brokerage which Surviscor rated at 14%. In fact, the average score for the 11 discount brokerages measured worked out to 42% with a standard deviation of about 22%. For the stats keeners, there’s definitely something strange in the mobile trading neighbourhood.

In the case of these latest rankings & ratings, it is the presence or absence of certain features and functionality on smartphones and tablets. Exactly what those features were was not elaborated on in the press release or Surviscor site, however, the following “categories” were assessed:

According to the figures presented, BMO InvestorLine’s app is somewhat of a black swan in the pond of other mobile trading apps. An alternative interpretation would be that there’s something particular about the test construction that is rendering these results. In fact, it may be a combination of the two.

BMO InvestorLine may have a feature-rich app, however individual investors may not consider having all of the features important – especially if the app becomes an intensive user of device resources (i.e. battery life). Surviscor’s assessment, on the other hand, bases the scoring of the mobile experience in large part on what’s available on a brokerage’s full website. As such, some brokerages may be designing their mobile experience to be intentionally different than the full web experience which would, in turn, help account for some of the differences observed between the mobile and desktop website.

In reality, some discount brokerages and DIY investors may believe there are certain features that are better suited to bigger screens. There is only so much filtering, charting or technical analysis one can effectively do with ones thumbs or with swiping. Thus, a distinction should be made between having a feature (which is a yes or no question) and having it work effectively (which is matter of degree).

While it is undeniable that many DIY investors are embracing the ability to stay on top of their investments ‘on the go’ or simply without having to power up a laptop or desktop, exactly what makes for a quality mobile experience, especially for DIY investors, is still a moving target.

Given how fast the definition and technologies associated with “mobile” are changing, it will likely be the responsiveness of brokerages’ IT departments as well as their websites or apps that determines who will lead the pack.

#DiscountBrokerage Tweets of the Week

Taking an Interest in GICs

With talks of interest rates rising on the horizon, it will be ‘interesting’ to see if/when more folks start asking about GICs. In this post from RedFlagDeals’ forum, one user wants to find out whether a big bank-owned online brokerage or independent brokerage offers direct access.

For Better or Worse

Now that summer is here, RRSP season may be in the rear view mirror but for a lot of folks it also happens to be ‘wedding season’. In this post, from Canadian Money Forum, spousal RRSP contributions are the focal point at one bank-owned online brokerage.

That’s a wrap for this week’s roundup. For all the dads out there, here’s to a very happy Father’s day filled with tools, ties, socks and stocks! (ok maybe not that last one). Have a great weekend – although perhaps not as great as this little rascal.